The village and its history

The Il Pischiello estate – one of the largest country residences in Umbria – has its origins in a landholding which grew over time until it took over adjoining, new areas, which were progressively bought between the 15th and 18th century by the marquesses of Bourbon di Sorbello, one of the oldest and wealthiest families in the Italian aristocracy. .

The grandeur and fame of Il Pischiello, which went well beyond the region and lasted right through the 19th century, were the product of the boost to development given to the estate – in the first decades of the 18th century – by the brilliant genius of the most famous member of the dynasty, Uguccione III, who made it an excellent record of rural technology.

Indeed the estate housed an entire agricultural production chain with its associated logistics.

A workshop where the olives were pressed, cereals were stored and milled and grapes turned into wine; the carpentry workshop and the blacksmith’s forge; the accommodation for the farmworkers and the employees involved in various different tasks; a school, the church and the priest’s house: and in addition to this, of course, was the stupendous main residence rebuilt from scratch by Uguccione III Bourbon di Sorbello himself.

The village managed to become fully autonomous, thanks to the significant development of the work to transform raw materials, which were obtained through processes which would nowadays be considered ‘very vertically integrated’.

Around a covered area of around 13,000 square metres, the crops and the park (which was enriched by a number of much-prized botanical species, which were the real passion of Uguccione III, who was very knowledgeable in that area as well) were developed in an architecture of rare and carefully-obtained beauty, obtained from balanced perspective ratios and a cunning link to the terracing, the park itself, and wooded walks.

A very long, stately road edged with cypresses connected the property to the lake, and still does today. The whole complex blends perfectly with the surrounding countryside.

Starting from the 1950s Il Pischiello, which was completely deserted and abandoned, lay there suffering the onslaught of time, vandalism and continuous looting: which – after half a century – brought it to the start of the new millennium in a state of complete neglect.

The village and its restoration

The building work at the new Pischiello to recover and make the historic buildings suitable, together with the expansion of the cellars (which have been made suitable for use by logistical services) was carried out – in agreement with the relevant authorities – in full respect for architectural and environmental requirements, with extreme care taken over restoration techniques, choice of materials, in the relationship between internal spaces and the extraordinary surrounding area (in several cases by using large windows that look onto the valley, or with the intelligent inclusion of green space).

The result is a very intelligent and elegant mix of historical-architectural references and very modern elements which work together perfectly with the surroundings, providing both great impact and functionality

The far-reaching restoration work, which started in 2005, was divided into stages.

The first-stage work – of around five thousand square metres in the workshop and the ‘blacksmith’s house’ – was completely finished so that, starting from the middle of 2008, the new centre could base itself there and become fully operational.

Work on the second stage – of around 3,500 square metres on the remaining village and church – which is currently under way, is aimed at creating structures to house researchers from throughout Europe.

Work for the third and final stage – which involves the consolidation and recovery of the monumental main residence and its outbuildings – is being planned. 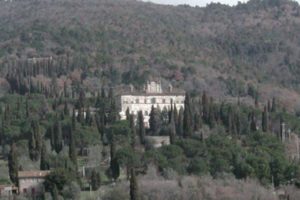 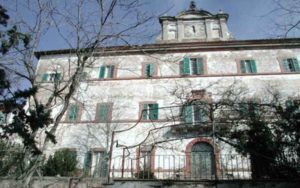 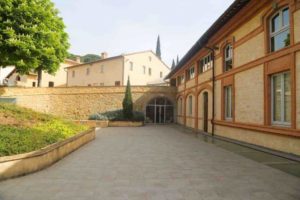 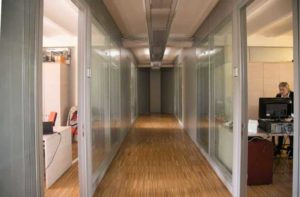 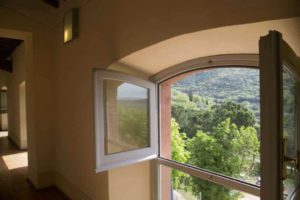 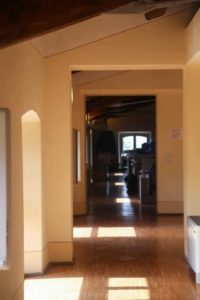 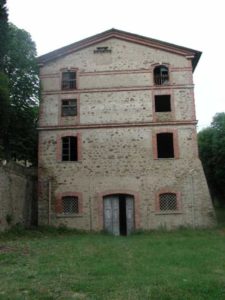 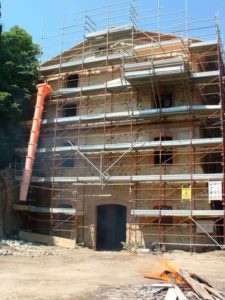 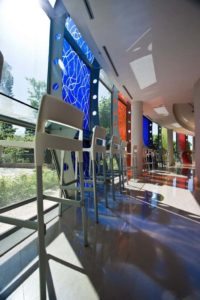 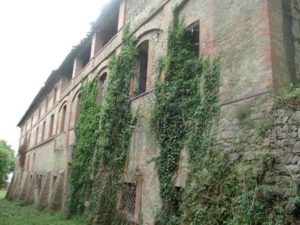 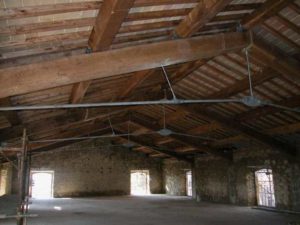 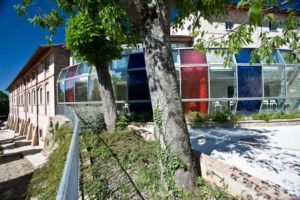 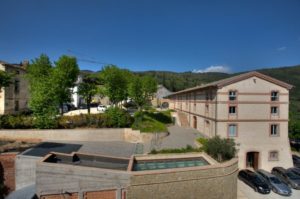 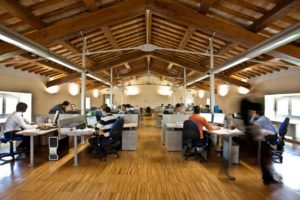 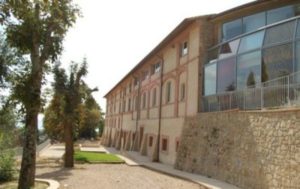 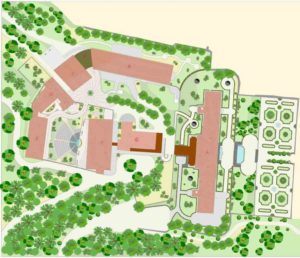