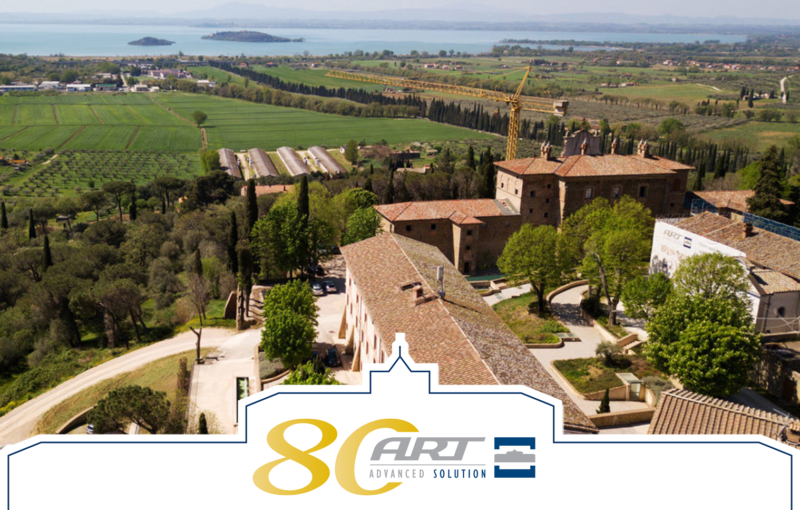 [from the speech by G. Luigetti]

With these words the President and Founder of ART, Giancarlo Luigetti opened the celebrations for the double anniversary that during these days is enlivening the old village of Il Pischiello, at Passignano sul Trasimeno.

A two-day event that began on 17th June with the Family Day, which was open to employees, their families, clients, suppliers and all the professionals who work with ART, to together visit the company and celebrate the ten years since the move to the Passignano headquarters.

These celebrations continued on 18th June with friends and a lot of guests with the company president’s birthday, to discover and share the projects and prospects for one of the most innovative Italian companies.

ART, A JOURNEY IN INNOVATION

ART – Advanced Solution was created in 2000 from the experience of the entrepreneur Giancarlo Luigetti with the aim of providing high-performance products for Formula One, especially in telemetry, radio transmissions, localisation, and the gathering and processing of data.

ART was the producer of technological systems for Formula 1 teams, in partnership with Magneti Marelli Motorsport: with no mistakes during racing in eight years supply work. There was no
lack of contact with the Formula One world over subsequent years, through the supply of systems and products to teams involved.

In 2008, ART set up its operating headquarters in Umbria – Giancarlo Luigetti’s homeland – in the historic village of Il Pischiello, in Passignano sul Trasimeno (province of Perugia). It has made its skills available to markets which require a high level of technology and dependability like Defence, Aerospace and Railways. 2011 saw ART begin production, with the creation, at its own facilities, of a highly-technological production line to make solutions and components for the supercar and luxury car markets.

In 2014, ART became the first firm to make a product which is certified by Apple Carplay and the first Tier-1 to produce an NHTSA-certified assisted parking system; these are two results which have allowed the company to now be recognised at an international level as a supplier of reference in a market, the car market, which is proving to be more and more demanding and innovative.

AN ENGINE FOR REGIONAL DEVELOPMENT

From concept right up to delivery, thanks to the work of its divisions and through a production cycle that is completely internalised, quick and flexible, ART follows every stage of the work and ensures that the entire process is trackable, to guarantee quality and results.

Since its foundation, ART has put into play its care, dedication and attention to clients, providing quality, reliability and support, with a lean, dynamic and reactive structure, which has the support and the backing of the client as its fundamental principle.

The entrepreneurial vision of the founder, who always looks to the future, and his passion for the region, led to the creation of a company which pays special attention to innovation, to the style and quality of working environments, and to attention to people, who are the company’s real driver. That is why design and production are carried out in the offices at Passignano sul Trasimeno, in the village of Il Pischiello, which once belonged to the marquesses of Bourbon di Sorbello and is now a perfect bridge between the past and the future: a place immersed in greenery which is a good reflection of ART’s aim to provide a human-sized workplace in which to integrate history, ideas, production and attention to people.

“Without doing there is no knowing”: this undisputed belief which is now confirmed by the new Factory 4.0 industrial revolution is what has guided Giancarlo Luigetti and continues to be the major driver for him and his management team as a strategic factor to give value to products and services.

PEOPLE AS THE FOCUS OF THE COMPANY

“A factory is designed to be on a human scale, because work has to be pleasure, and values” (Adriano Olivetti, 1954)

The Pischiello facility, which was thought up as a centre to spread ideas, concentrate talent and technological innovation, is continuing to grow and take shape, with a projection towards a highly-successful future. It is the flagship of a human and sustainable company which cares for people and the quality of the working environment.

To follow this vision, ART renews its attention to its employees and external partners, not just by remunerating the work that is done but also by meeting needs which are not entirely financial, by introducing on a yearly basis policies and new tools that help people meet the needs of both private and working lives.

Through company welfare schemes, ART helps support employees, so as to motivate its people and establish a collaborative company atmosphere.

IL PISCHIELLO – THE VILLAGE, THE HISTORY, THE FUTURE

The Pischiello estate – one of the largest country residences in Umbria – has its origins in a landholding which grew over time until it took over adjoining, new areas, which were progressively bought between the 15th and 18th century by the marquesses of Bourbon di Sorbello, one of the oldest and wealthiest families in the Italian aristocracy.

The grandeur and fame of Pischiello, which went well beyond the region and lasted right through the 19th century, were the product of the boost to development given to the estate – in the first decades of the 18th century – by the brilliant genius of the most famous member of the dynasty, Uguccione III, who made it an excellent record of rural technology.

The work done by ART at the new Pischiello to recover and make the historic buildings suitable, together with the expansion of the cellars (which have been fitted out to house logistical services) were carried out – in agreement with the relevant authorities – in full respect for architectural and environmental requirements, with extreme care taken over restoration techniques, choice of materials, in the relationship between internal spaces and the extraordinary surrounding area (in several cases by using large windows that look onto the valley, or with the wise inclusion of green space). The result is an intelligent and elegant mix of historical-architectural references and very modern elements which work together perfectly with the surroundings, providing both great impact and functionality.

The first-stage work – of around five thousand square metres in the workshop and the ‘blacksmith’s house’ – reached a definitive conclusion so that, starting from the middle of 2008, the new centre could base itself there and become fully operational.

Work on the second stage – of around 3,500 square metres on the remaining village and church – which is currently under way, is aimed at creating structures to house researchers from throughout Europe.

Work for the third and final stage – which involves the consolidation and recovery of the monumental main residence and its outbuildings – is being planned.

THE DIVISIONS: TEMIS AND MATE

Temis is the division of ART which designs and creates high-technology products for the aerospace and defence sectors.

Thanks to a team of highly-qualified experts and skills acquired in other sectors, including motorsport, Temis is making its own contribution to space exploration, by taking part in the main programmes of the European and Italian Space Agencies, from the Vega rocket to Galileo and the missions to explore Mars. It has also supplied data recorders to fit out vehicles for the Italian armed forces.

MATE is a laboratory of excellence which offers companies customised projects for certification and approval of their products in the automotive, motorsport, aerospace, defence and railway sectors, which is bolstered by its inter-disciplinary skills and an enormous range of equipment. 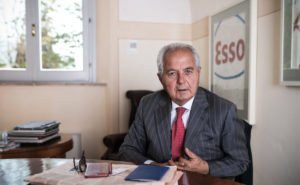 The Founder and President Giancarlo Luigetti 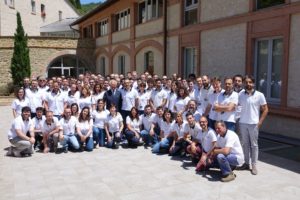 A view of the Pischiello villa 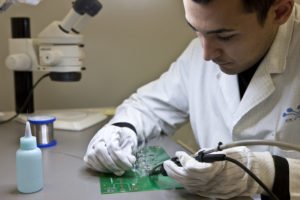 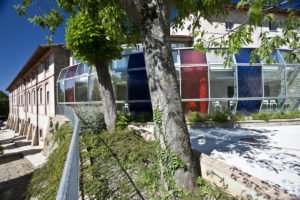 The eastern side of the Pischiello 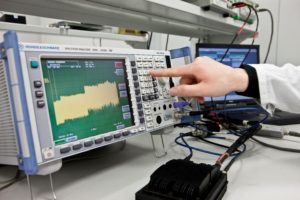 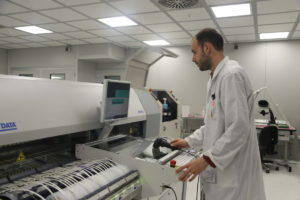 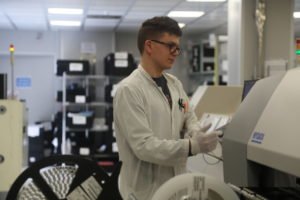 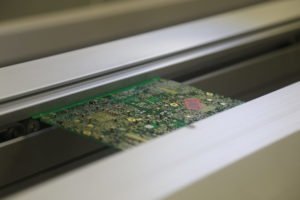 One of the cards produced by ART 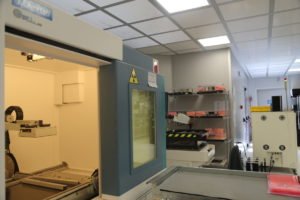 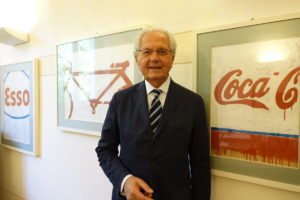 The Founder and President Giancarlo Luigetti

Utilizziamo i cookie per personalizzare contenuti ed annunci e per fornire funzionalità dei social media nonchè per analizzare il nostro traffico. Condividiamo informazioni sul modo in cui utilizza il nostro sito con i nostri partner anche al fine di combinarle con altre informazioni che ha fornito loro e che hanno raccolto dal suo utilizzo dei loro servizi. Acconsenta ai nostri cookie se continua ad utilizzare il nostro sito.We use cookies to personalize content and ads and to provide social media features as well as to analyze our traffic. We share information on how you use our site with our partners in order to combine them with other information that you have provided to them and that they have gathered from your use of their services. Agree to our cookies if you continue to use our site.Accetto - AcceptPrivacy & Cookie policy